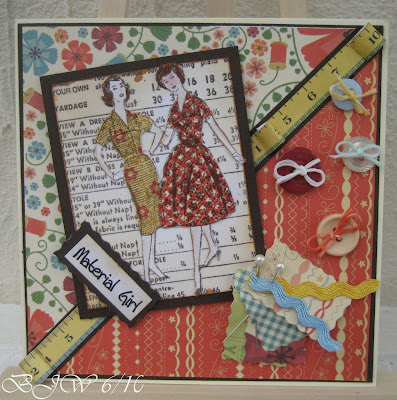 A night at sea and here we are in the island off the tip of Italy one could imagine Don Corleone might have frequented along with his brothers.

I would like the name of the island here and I'll tell you we sailed through the Straights of Massina to get here. You can find the largest active volcano in Europe on this island which is also famous for it's lemons and a liqueur called Limoncello......which just happens to be the name of my local deli in Cambridge. Your can check out what you need to do to enter in the post at the top of my blog. 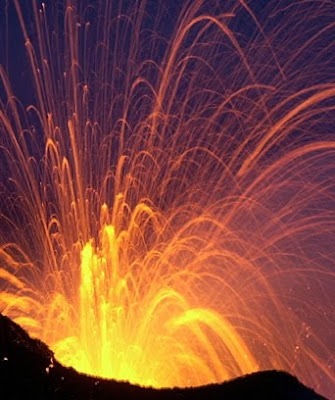 
Now Allsorts where my talented teamie Fleur has come up with a brilliant theme this week........"Dressing Up" she says it can be fancy dress, prom, party or even a posh pair of shoes.


I had this Hero Arts image stamped out weeks ago from a crafty session with Chris and the girls at Sir Stampalot........it's Chris's stamp so thanks matie. I stamped the image once onto cream cardstock and distressed the edges with Tim Holtz scattered straw, then again on to Cosmo Cricket DP.......there seems to be a whole dressmaking thing going on at the moment because they work with the stamps brilliantly........have to say the stamp and DP's are not some I would have chosen as a norm, but actually quite like the finished project.


Some of the DP has tape measures, which I cut our and rolled across the centre of my card, added some buttons, rick rack, cord and a computer generated sentiment.


And there's a new theme over at Penny Black at Allsorts where the theme for August is Glitter and Glitz, if you have not already been over to the new challenge blog what are you waiting for, some fabby prizes to be had.


Next candy clue, Wednesday 4th August.
Posted by brenda at 08:00

What a great trip you're having - today you're visitng Sicily. Hope the volcanoo doesn't erupt while you're there though! Limoncello is lovely!

OOO I love Limoncello.
You are in Sicily.
Have fun.
Anne x

Have a good day in Sicily Brenda,
Love the card, great paperpiecing and the tape measure looks brilliant
Claire xx

You are on Sicily! Have a great time! Love your card!

Welcome to Sicily. Have a good time there!

Belive you are in Sicily enjoying good food and drinks!!!
Super cute card Brenda and a fun challenge Fleur is hosting...thinking of my purple high heels!!!! Hmmmm
Have a great time
Hugs Lina

what a great card! Never seen anything like this!
I quess you are in Sicily.

You are in Sicily today!! I've been here some years ago, and i found the most beautiful beaches of Italy!! It's a fantastic place..enjoy!!

What a wonderful time you are having visiting all these delicious places. Today you must be in Sicily!! Enjoy!

A fantastic card, I love thisimage and the card is beautiful.

This card is SO my cup of tea! I love any thing like this loving the pins and material and those buttons are just TOO YUMMY!

Your sure visitng some wonderful places just shows me how lapse I am in the travel stakes (sniff) I would love to see Sicily Limoncello!

I guess it's Sicily today!

Love the card with all fab details.

OH I LOVE this card amazing! love that stamp!!!!

I belive that you are in Sicily.
Enjoy!
Such a fashionable card you have made.

Godfather movies are great! you are in Sicily. Tracy x

It sounds like you are having a great time - I am very jealous as this is one island I would love to visit. I love anything made with lemons. You card this time is just lovely also love all the little finsihing touches that you have added. Hugs Nicky xx

OOh you are now in Sicily, I've been collecting the paper tape measures everytime I go to Ikea, I could start using some of them instead of hunting for a tape measure stamp!

Hello! How nice show, see the volcano in Sicily!
And what a beautiful card, with these figures vintage! I love them! see you at the next!

Well it's Sicily for Mt Etna, thats about all I remember from my geography lessons!
At first I was wondering if the island was Capri as I remember my Mam & Dad went there once when I was young but then the volcano clue came!

I love the retro dress making images that Hero Arts have at the moment, they are really kitsch and fab!

Sicily I think Brenda! Your card is beautiful x

I'm a bit behind Brenda as I've been up and down the A1 a few times this past week but it looks like you're having a fab time. You've posted some fabulous cards as usual over the past week, all of them absolutely stunning.

Brenda unique card.
Your story is beautiful. Journey continues. You are in Sicily

You are in Sicily today. Cute card, just love how you got all the sewing items in as embellishments.

The answer is: Mt Etna is on the island of Sicily, Italy. Hope you're having a blast!

Oh lucky you! You're in Sicilly!

Aha I knew this without googling Brenda, I love mobster movies, so it's Sicily, god I would love to go there.
Gorgeous creation too ofr allasort, great take on the theme.
Happy travelling
Tracy x

Hi Brenda,
today it's Sicily you're visiting. So far this sounds like a fantastic journey regarding all the places you've visited!
Hugs Sandra

What an excellent card, love the extra elements. Sounds like you are having way too good a time lol.
Pinky

What a fantastic voyage you're having, Brenda. Sicily today!

The card is gorgeous - I love that stamp. Must do more with mine. xx

I love the card Brenda - as a teenager i made a lot of my own clothes and the image so reminds me of the patterns.. i still have a draw full!
Today you are in Siciliy and Michael was amazed i knew that without any research!
Lisa ;)

love love love this gorgeous card!!! I do love these sewing images....I was braught up with a great grandomother that made teddybears for a living...a grandmother that did tayloring, my mum made all her own clothes and I did from about the ages of 10....these images remind me of so much...love the colours you have used, the fab tapemeasure detail and the little fabric swatch! Just stunning! Hugs Juls

Sicily is the place you're at!! =)
oh how gorgeous your card is, fab details!!
Hugs, SannaS

You are so lucky - after all the other lovely places now a day in Sicily - I hope you have a great time!

Limenello, now that brings back memories. I love the creme de Limoncello best, just like lemon baileys, delicious. Hope you are enjoying the sights of Sicily, Brenda.
Hugs Lisax

Today you must be in Sicily!! Enjoy!

On the next trip, will visit Brazil!

Lovely card, really like the tape measure across it. SICILY!! What fun, enjoy the Limoncello, yum.
R/

Sounds like a really good cruise we're looking at doing one next year mayb this one? sounds to me like your in Sicily. That card is really lush have fun, JT

You sure are seeing some interesting places. I think Sicily would be the name of the island. Love your Dress up card.. wonderful embellishments.

Fabulous card Brenda. You are getting an awful lot in on this cruise.
You are talking about Sicily. I have actually walked to the top of Mt Etna - amazing and it was rumbling away at the time!!!!

Your in Sicily, I wonder if you can roast marshmallow's there.
Eunice

What a fabulous trip! I'm sure it must be beautiful in Sicily!

It must be the island of Sicilia!

I'll be back the 4th! Have a good trip until then!

Hope you had a lovely time on the beautiful island of Sicily!

Absolutely love your card, those colours are gorgeous!

Hi Brenda... wow you are so near ... you're in Sicily of course. Couldn't go wrong with your clues :) Hugs xx

Sicily is where you are. wow, you are really having a grand vacation! your mention of limoncello brings back lovely memories

Hi Brenda, I also think you were in Sicily! Hope you had a wonderful day there. Your card is stunning! I love the papers and the image is fab.

Sicily! I wish I could be with you there.

Sicily....apparently the scuba diving in the area is amazing (not something I've ever done!)

Beautiful card I like the vintage touch of it :) I think you are in Sicily, I wish I could visit that city.
Hugs
Hazel

Fabulous card! So trendy and fun!

Brilliant card, Brenda, and Sicily is the island :-)

You are in Sicily

You were in Sicily... I hope you enjoyed your time there.

Wow! You must've had a fantastic trip thus far!

Oh, Sicily is the answer today. Haha, almost forgot to include that.

Lucky you, you are in Sicily.

Wow! You are in Sicily! What a grand vacation you're having!
And that is a fab card- I love it! I'm delighted with all the details! Patsy from
HeARTworks

The answer is Sicily. I love the vintage-y look of that card! Brilliant!