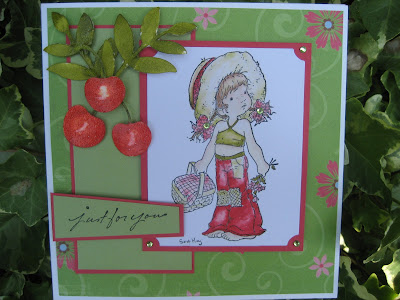 Don't wish to turn this into a gory vamparian blog........isn't that a lovely word -checked it out and it's a real one......but so many of you have kindly asked what's happening with my little 'problem' though I should update.

The prognosis was not good, it seems at some point I've had a fracture in my upper jaw ....... no idea when, how or why it never showed up before, but me thinks it probably got lost or overlooked amongst other symptoms of TMJ and Trigeminal Neuralgia the last couple of years ........yes got both, part of my MS package, aren't' I the lucky one. They say that this damage in turn led to cracks in the roots of my two top front teeth, both of which had root canal treatment and post crowns fitted years ago. Three weeks ago one came loose and the dentist put it back in, along with an infection it seems........I'm not suggesting anything here, but........it's led to an awful lot of tissue damage, my speech is still not right and the pains not totally gone.
The immediate answer was to remove all front teeth as the repair work would be so extensive and financially prohibitive (to the NHS I figure and I don't have to pay normally because of my health issues)........I've asked for a second opinion and that's next week.
So on to proper stuff, this card follows another of Dawns great sketches for ICS - she's amazing coming up with something so different every week and a the first time for me Passion for Promarkers ........ where the requirement is to us "Moss & Poppy but there is a twist this week, you have to include something tasty". Well as they arrived yesterday, I've had a little play and Jules says's she expects no less what option do I have ?
The image is Sarah Kay with her picnic basket (I know it's got something tasty inside) stamped with versafine black and embossed with detail clear. I have no idea if this is how you are intended to use Promarkers, but as the restriction is two colours and my first outing with them I was struggling to get the lighter shades for the hat and basket, so I tried lifting colour from the pen with the blender (exactly the same method that works with Marvey le Plumes) and it seemed to provide the effect I wanted.
I also discovered ........ I know I'm probably teaching you veteran Promarker users to suck eggs ........ that if I inked the leaves and cherries (cut on Cricut storybook and Stretch your Imagination) with the thick end it was wet enough to dip into detail clear embossing powder so I got the nice shiny finish I get when I do this with brilliance ink. The DP's are The Paper Company and mat cut with Nesties on the Cuttlebug. Sentiment is Art Impression.
Think I've got a way to go with this Promarker technique, but I'm sort of happy with my first effort.
Posted by brenda at Thursday, July 02, 2009

Gorgeous card, thanks for joining us at PFP this week. x

Those cherries look like you take a bite right out of them! Your coloring technique is beautiful and so is your card.

Oh I can tell you are just going to be a natural. Look at all that lovely shading on your first attempt!!

See you haven't used many, if any, of the grey tones. Or have you?

Evening Brenda. Your problems sound just a nightmare, I don't envy you one little bit. I really hope your second opinion gives a better prognosis. My thoughts are with you.
Your cherry card is lovely. The colouring looks fantastic to me. All these markers everyone has are a bit of a mystery but they certainly give good results.
Enjoy the sun if you can.

Evening hun big hugs so sorry to hear about the nightmare with your teeth, good luck with the second opinion sometimes professionals are so unfeeling and go for the (to them) easy opion.

Your beautiful card is just that beautiful the colouring is perfect, just shows give a good artist good materials and she will show you how.

Fabulous card. Love the image you've used and the colouring also. Thanks for joining us this week at PFP. Hugs Michele x

Oh gosh Brenda I do hope it gets sorted quickly you have not been having a good time of it have you. The card is gorgeous love the colours and the image and thanks for that brilliant tip.

Gorgeous card, and I think you are doing brilliantly with your promarkers! Sounds like you have really been going through the mill with your teeth problems. Hope you get some relief soon! thanks for your lovely comment on my blog and for becoming a follower, BTW
Sally x

You have been through it Brenda, sorry to hear it, good luck with the second opinion.
You look like a natural to me with the Promarkers, would never have known it was your first attempt, love those shiny cherries. Thanks for playing along at ICS this week.
:)xx

Lovely card, the cherries in the corner are just lovely, glad you have found us and I hope you can play along again, your colouring is awesome. I hope your second opinion goes well, you really are going through the mill!!!!!

Good on you Brenda for asking for a 2nd opinion, especially with something so enormous (now thats not implying you have a big mouth lol). Thanks for all the tips with the pms, just knew you would take to them. Your card is delicious. Take care now.
Pinky

What an awesome card! I just love the colors that we picked for the challenge and you did a great job with the coloring! Awesome

HI Brenda, what a gorgeous card. I cannot believe it's the first time for you to colour with your promarkers, it looks amazing. Love all the little touches too. Hope you'll be feeling better much soon. Lots of love, Denise x (Thanks for finding the time to join us at PFP this week)

Your card is so `beautiful` I love that stamp...
Thanks for joining in with I-C-S this week...
Have a lovely weekend :) x

Oh Brenda, you're certainly going through it aren't you? I hope your second opinion gives you a more hopeful prognosis.

As for your card, it's beautiful. You've done really well for your first time with the markers xx

What a beautiful card! Thank you so much for stopping by my little zone - I was thrilled to see I had a new follower. Will look forward to sharing with you in the future. xx

Oh I just love the way you used the sketch! Beautiful colors, image and embellishments. Great card!!! Thanks for playing along with us at ICS!

wow yummy delicious card and I love your colour work and lucky you with your 92 promarkers...and omg....what a time you are having with your teeth....hope the 2nd opinion goes well and you take care...Big hugs kath xxxxx

gorgeous! love that image! Good luck with your medical issues. thanks for playing along at ICS

And so you should be happy - you've done a brilliant job with this iamge. Your card is gorgeous.

Thanks for joining us at PFP - hope to see you back again.

Brenda your card is so pretty and that colour scheme is gorgeous - great use of ICS #23. Good Luck with your health issues!

Ouch! You poor love. Well done on sticking to your guns and going for the second opinion.
Your card is gorgeous, can't believe this is your first time with the Promarkers! Thanks for the tip with the embossing powder.
Barbara

such a beautiful card just love all the details and amazing stamp work!! great job with the IC sketch this week!!!

Oh my.. I love this card
Cheers

WOW its breathtaking gorgeous! Love it and thank you for playing along with ICS this week! :)
♥Dawn♥