A special race with a very special friend in mind 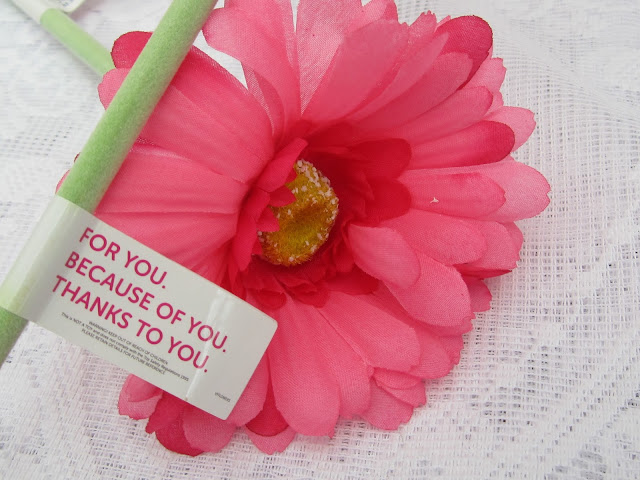 A rather different post to my usual ones and no cards, instead a message to a very special person who has been a crafting and personal friend for some years.

It am not going to mention her name, that would not be right, but she is going through a very difficult time having very recently been diagnosed with breast cancer. She was there for me as I went through my health problems last year and she is the most kind and caring person you could wish for.

This morning three of my girls ran the Race for Life Mud Run in Peterborough, they were just three of the many thousand who were taking part, they were in the first batch of 300 starting phases which were going on every fifteen minutes until late afternoon, estimates were at least 7,000 taking part and many more onlookers offering moral support. My girls at the finishing line 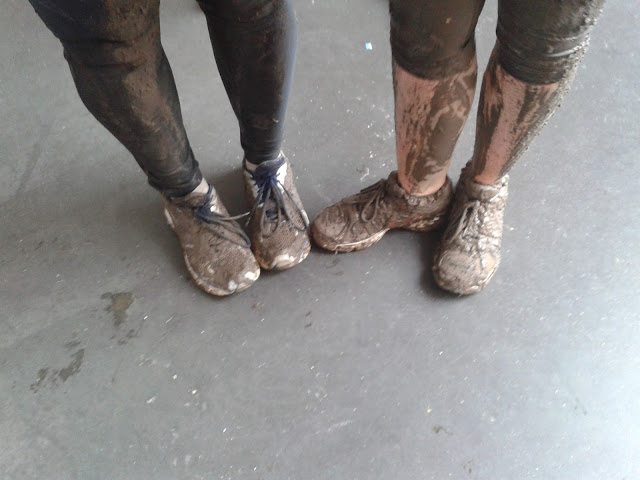 And the feet to prove it


What struck me as extremely humbling was the feeling of camaraderie between entrants and spectators alike, not to mention the many messages of support on the backs of entrants tee shirts for those close to them affected by the awful disease. 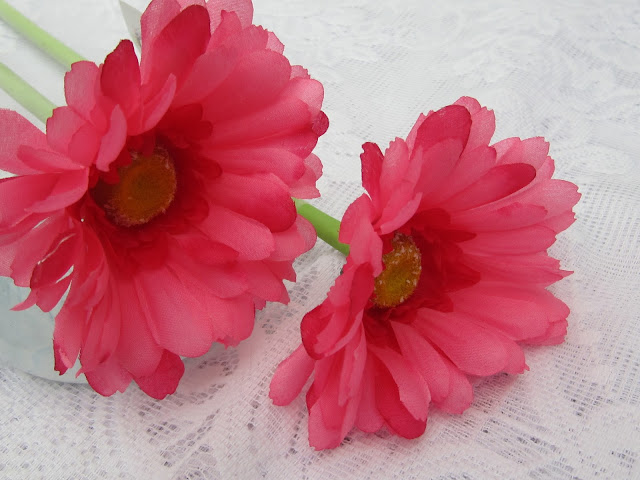 I would love to have taken part but I doubt I would have made it over the starting line, but I was with the runners in spirit every step of the way and my dear friend was also close in heart. They were selling these pretty flowers to help raise funds and hubby bought these two for my friend and we hope the love that comes with them is a little help in offering you strength to fight what is ahead towards a positive outcome.

Great girls for a very special cause, well done

What a lovely post Brenda. Breast cancer is such a curse to women (and indeed a few men)
I am sure your friend is touched by this. Well done to your girlies for running for such a great cause. You are also an inspiration Brenda. ..you have battled your own health problems so courageously. Hugs xx

Oh Brenda, what a very thoughtful and moving post. Well done to your girls for taking part in such an amazing event. I bet they had a great time getting muddy! The atmosphere is always terrific at these events but it's easy to shed more than a few tears when reading what people have written on their tee shirts. Love and hugs to both you and your friend; and I wish her a speedy recovery x

Hi Brenda, I can see why they call it a 'mud' race. Well done to the girls for making an effort for this worthy cause. Wishing you friend lots of strength to fight this nasty disease.

Beautiful flowers Brenda, hugs to your friend too. What a day too, so much goodness going on.. xxxxx

Aw Brenda - my heart goes out to you and your friend - and the girlies running for this very important cause. Sending you all my very best wishes and love. Rachel xx

My prayers go out to your friend honey.
You must be so proud of the girls (thank you girls)
Hubbies aunt was diagnosed with Breast cancer a couple of months ago.
2 ops so far.
I am so thankful to the many people who take part in the race for life.
Like you I would not even make it over the start line.
Sucks to have health issues but at least I am still breathing :)

Sending your friend Brenda every good wish for a speedy recovery through this awful time. Well done to all the entrants! Nicola x

Oh Brenda, my heart goes out to your friend, I wish her all the best with her treatment.
Well done to your girls, these events are just wonderful - raising so much money and awareness too.
The beautiful flowers are such a lovely touch.
Take care,
Sue xx

How proud you must be of your beautiful girls Brenda. So sorry to hear of your crafty friend suffering. May all the love and prayers for her bring a successful and speedy recovery.
Hugs Sharon. x

These races are such a great way of bringing this awful disease to the forefront of everyone's minds and raising well needed funds to help combat a very common reality for many women (and men). I do hope your friend has a positive outcome from her treatment and well done to your girls for participating in such a worthy cause.
Lorraine

sorry to hear this.
I hope that everything is going to be fine
big,big hugs for your friend!

hugs, prayers and love to your friend!!

I wish to your friend a speedy recovery, think of her ♥
xx

I wish to your friend a speedy recovery, i think of her. xx

Looks like a good time was had by all. I know I couldn't get past the starting line either. My prayers will go out to your friend. Hugs, Robin

You are your family are very special to all of us Brenda. Big hugs for you and your friend and a positive outcome is being wished by many of us. You have much to be proud of as you are all awesome in more ways than one! xx

Prayers go out to your friend and if I know her I also send hugs and love, regardless, hugs and love go out anyway....super effort girls, you did well and should stand proud for achieving this race....xx

TFS the photos of your sweet girls. What awesome folks they are to participate in this very worthwhile event. Best wishes to your dear friend, and prayers that all will be well as she fights this disease. Hope you are all mended as well by now. TFS & Hugs

This mud run is wonderful - such a worthy cause - and it definitely was a mud run - look at that mud! I hope everything turns out okay for your crafty friend. A lovely blog post, Brenda!

Well done to your girls, and good luck to your friend for a full recovery. Gorgeous flowers!

Well done to the girls and for supporting such a worthy cause with their time and efforts. I wish all the best for your friend.
Lynn x

So great of your girls to do this run. I hope your friend has a successful recovery. DH battled cancer for three years when our girls were very young. Kindergarten and Grade one. Three years later he recovered...and was the only person in his study group to survive. He was given very poor odds and came through a survivor. I hope your friend can have that same luck.

What a lovely and moving post. Your girls did great and the flowers are beautoful. I wish your friend all the best in conquering this dreadful disease, so many make a full recovery, I pray she will x

Well done to your girls and I hope that your friend recovers. Thinking of her. Michelle x

as someone who has been battling this horrid disease for a few years now, I am touched by your post. my prayers are with your friend. the flowers are beautiful, as is the photo of your girls!

Congratulations to your girls. It is a very worthy cause. Unfortunately I have lost 3 friends over the last 6 years to this terrible disease. I hope your friend beats cancer to a pulp. My thoughts are with her and her family.
Take care
Lesley

OMG amazing young girls on the finish line,,,,,,,,I hope all the best to yourn friend,,,,,,,Brenda,,,,what a stunning flowers,,,,,,,,,,Horayyyyyyyyyyyyy for Brenda `s Family and friend,

Good on yeh girls Brenda what a fabulous thing to do. Big hand claps to all three x x x

Congratulations to all the girls and best wishes to your friend

Thanks for sharing your photos, Brenda, and congratulations to those who participated! It looks like fun! Many thoughts and prayers for your friend. I hope her treatments are not too unkind to her, but strong enough to kill that nasty old cancer. Thanks for sharing on your special post. I'm sorry about not visiting as often as I'd like these days. Thanks for understanding. hugs, de

Beautiful photographs Brenda, and a wonderful cause...hugs
I don't know what you are seeing on my blog but I haven't changed anything! :o)
Jackie xx

Congrats to your girls and most of all of what they did for the good cause, Brenda! Sending prayers to your friend.

Just catching up - Well Done to your girls, Brenda, a great achievement. My best wishes to your friend for a positive outcome.
Avril xx

You must be so proud of your girls Brenda. Hope your friend comes through the harsh treatments and makes a full recovery x Susan x