Frankly my dear I don't give a damn

Morning Peeps, it's Saturday so that means a new challenge at Allsorts where Wendy has chosen the theme of  'Film Titles', our sponsor is Nicecrane Designs.

Obviously I wanted to make a card using one of Ignacios images, but I also wanted to do something based on my all time favorite movie 'Gone with the Wind' and used two stamps I have had for years which I know came from the States but I really don't remember the make. 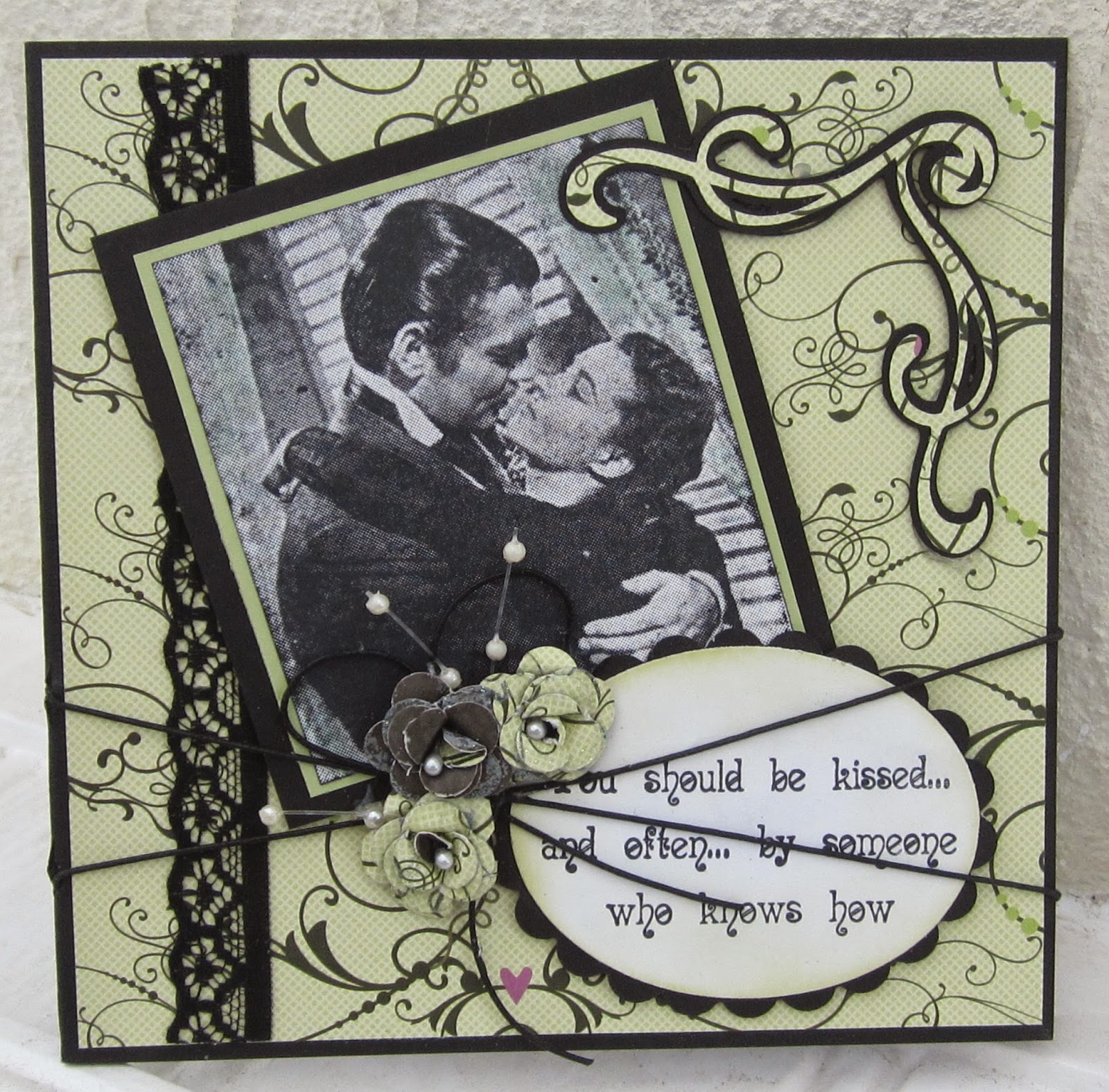 So as I said above two really old stamps, some DP from stash, little roses made from the same DP, lace and cord and a flourish which was cut on the Cricut. 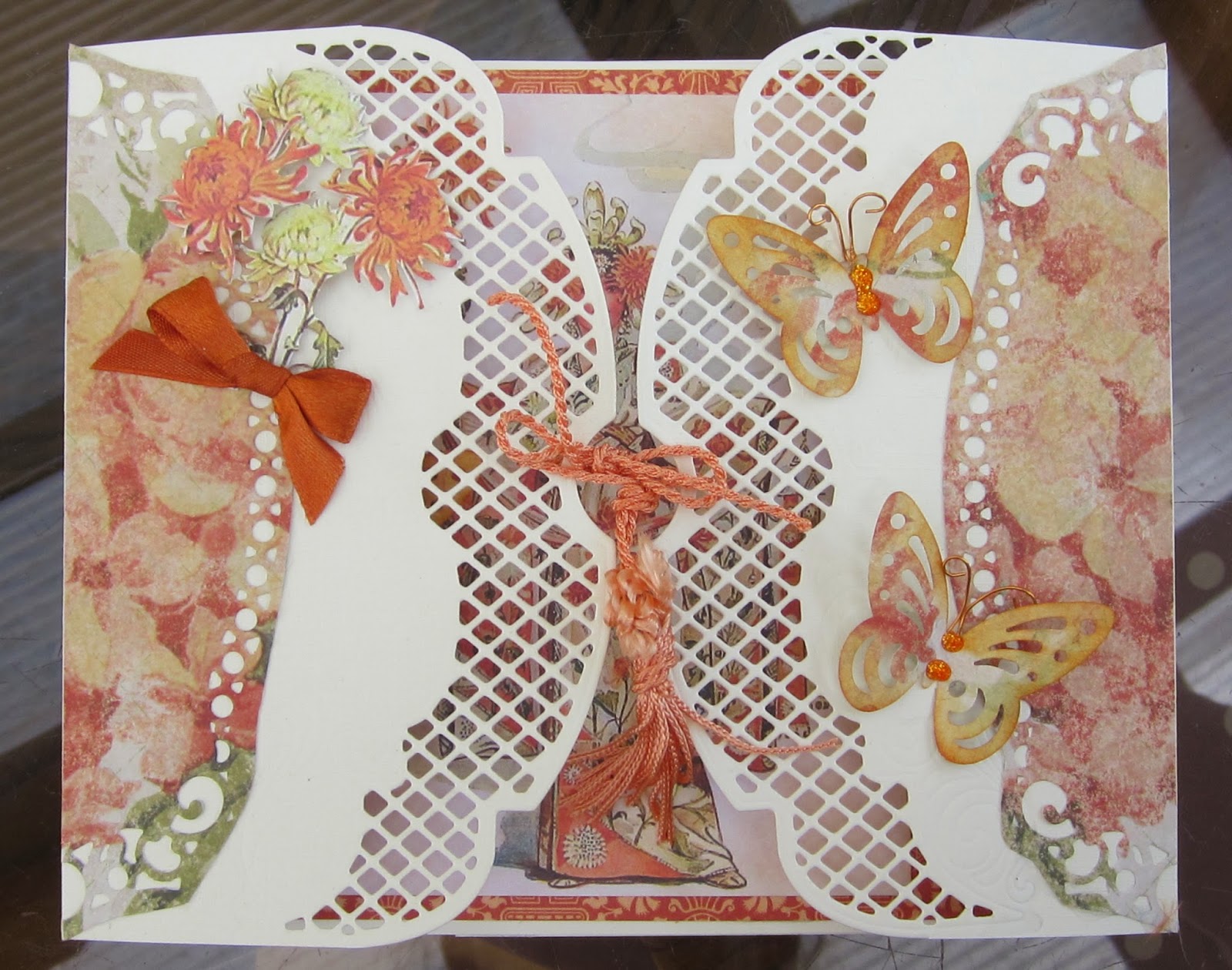 And my second card using one of the September releases from Nicecrane Designs called Colourful Flower Fairies is my take on the movie 'Memoirs of a Geisha', I read the book when it came out years ago and later saw the movie and it's a really captivating story of Chiyo Sakamoto who along with her elder sister was sold by her family as an Okiya to a Geisha house, her new 'family' then send her off to school to become a Geisha. It's one of the few movies I have watched which actually bears a pretty close resemblance to the book. When she eventually became a fully fledged Geisha she had a silk kimono made in shades of gold and orange with floral blooms and this image reminds me so much of the way it was explained in the book. 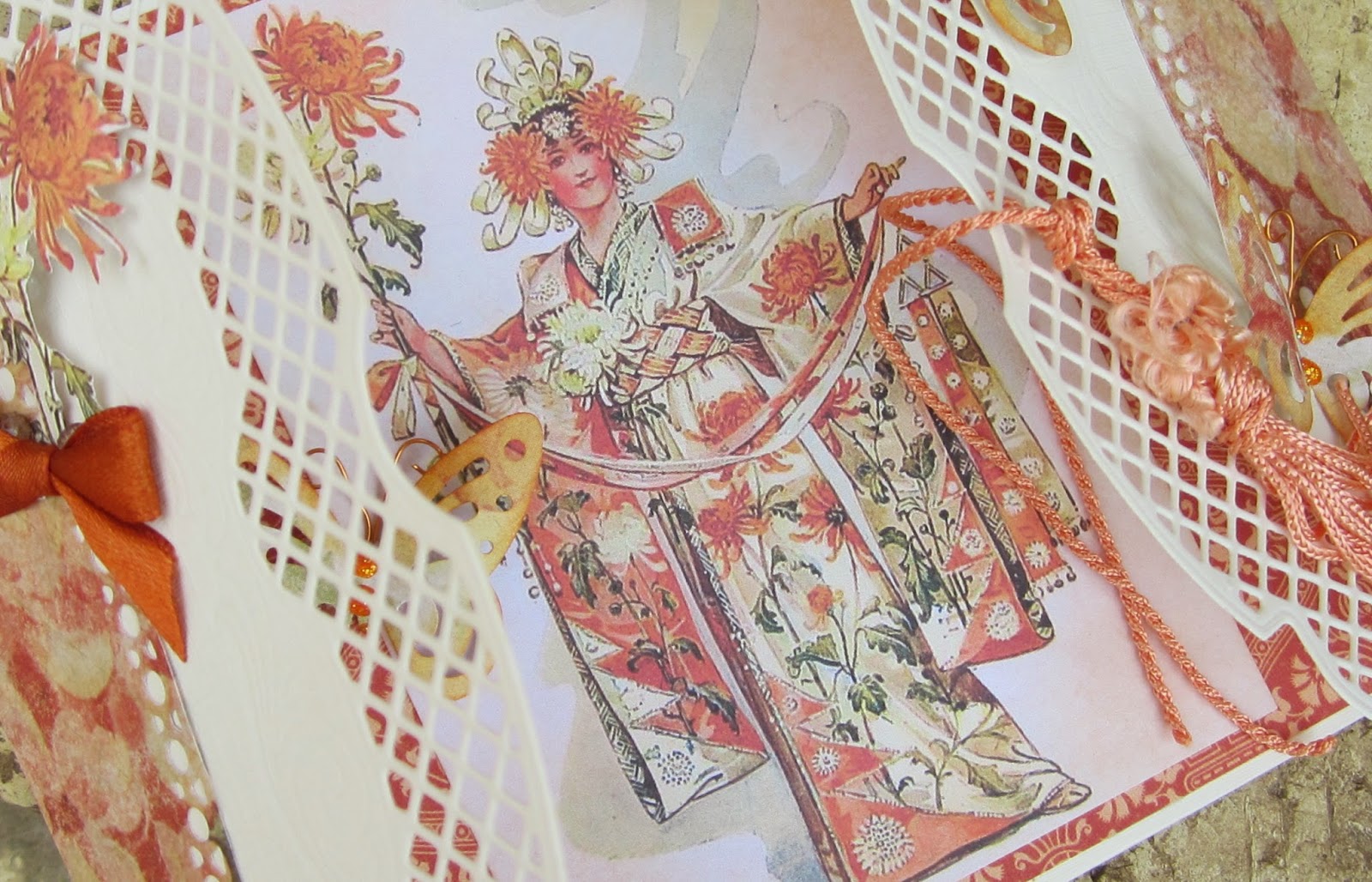 Happy weekend to you all.

Two lovely cards Brenda. I especially like the Gatefold one, but then I would wouldn't I! lol Happy Weekend to you too. Judy x

Two really beautiful cards, love the colours in the second one.

Lovely cards Brenda, I love the colours in the second one

These represent both films brilliantly Brenda, although my eyes (on first glance) actually read "You should be kissed...and often...by someone you know!!" I know it helps!!! Have a good weekend xx

More wonderful cards from your very talented hands Brenda.
I won't be using my tablet for blogging either, I spend enough time on here (on my desktop computer) doing that :o)
Jackie xx

ooo Brenda, such a lovelly cards you made! Fantastic detais on your cards!
The "film" theme is so funny :-))
Have a beautiful weekend!
Hugs, Andreja

Two stunners Brenda - as you know Gone with the wind is my fav film too and l have never seen that stamp before - love it. Love image from Ignacio again and fits the title perfectly.
have a good weekend x Susan x

Dear Brenda, your GWTW Stamp is from Stampsmith - I´m sure cause I have it too *lol
It´s a must have for GWTW Fans !!!
Both Cards are wonderfull - as allways
CU hellerlittle

Two gorgeous card Brenda...love your 'gone with the wind' card and how true is that sentiment?? ...love your pretty die cut on your Oriental card another lovely image and papers
Have a great weekend

Two gorgeous cards, I especially love the first one, it's a great movie :)

Two BEAUTIFUL creations Barbara, I love the colours, design and those papers are just gorgeous as is the image on the second one it's gorgeous and love your classy one on the top, it's fabulous.xxxx


The Journey is the Start

Wow! Gorgeous! I love both of them, Brenda! But I have to say the Geisha card is stunning! Love how it opens up to reveal the lovely surprise inside. Beautiful die cuts you used! Enjoy your weekend!

Beautiful, I love it! The second card is gorgeous!

I love them both.

Wow Brenda, fabulous cards, love the gone with the wind, my all time favourite book although I have never watched the film all the way through. Your second Geisha girl card is beautiful too, lovely colours.

Hi Brenda, just returning your visit to catch up with all your wonderful cards - really love the wings & things and the halloween card is fabulous and so original. Looks like you had a fabulous party and I hope your health is improving now xx

Both cards are absolutely divine!

Wow two beautiful cards here Brenda love the 'Gone with the Wind' card I read the book but have never been able to watch the film from start to finish, I love Clark Gable such an awesome actor, the picture and card design is superb, the second card is gorgeous love the softness of the colours and the wonderful image, two magical cards.
hugs
lorraine x

Two gorgeous cards Brenda. Love the sentiment on the top one!
Lorraine x

Both cards are stunning Brenda. The sentiment on your first card is so beautiful. I love the pretty Geisha girl, the colours and your design are wonderful.
I hope you are having a good weekend.
Sue xx

Gorgeous cards! Just back from Ally Pally - spent loads - as you do! Poor result (again!) hope Sturridge is back soon!

Two gorgeous cards and love your take on the movies. I saw the show, Geisha too and I thought it was quite emotional that she was sold away and was trained to work as geisha. I love how when the gates open, the pretty geisha is standing there with her pretty kimono!

Wiw two beautoful cards. Love Gone with the wind, both book and film. Never seen the other one but the image is beautoful, gorgeous rich colours

Two beautiful cards Brenda, I love the sentiment on the first, and the beautiful image and design of the second one
Kevin xx

Stunning cards Brenda, love them both and yes, Gone with the Wind is a real old favourite of mine too!

Gorgeous designs Brenda, I especially like the 2nd one the fold out is fantastic. I hope you are doing well. Shirleyx

Two beautiful cards Brenda, I love the first one, love the film (and Clark Gable) they don't make them like that anymore.

These are beautiful cards. I love the Gone with the Wind one.

Two fabulous cards, my fave is the second!
Sunday evening with thunder and rain;-))m

Your cards really took me and put me in the feeling of both films! Great cards! The geisha card is so original in its form! Hugs, Gerrina

Both of your cards are very creative! I especially love the "Memoirs of a Geisha" card. It looks like the stamped woman is throwing the doors open. Very neat!

As you already know Brenda I love the film Gone With The Wind, so the card is definately a winner. Such a prety geisha card, loving the shape and the die cutting. Two beauties.
Happy crafting
Tracy x

Two gorgeous cards Brenda. Love the first one but the colours in the second are gorgeous.
Mags
x

Fabulous cards. I especially love the first one. Love the way you have used the die on the second one.

Don't forget to pop back over to my Blog and scroll down to see the lovely offer from Tracy at Cardmaker's Delights for a freebie for the first 20 of my followers to take up the offer. Judy x

Such an elegant and pretty card Brenda. The image is beautiful and I love the little story you have told about the Geisha film. I am sure you loved making this one it reflects in the card.

Hi Brenda, oh wow love both your cards, Gone with the Wind is one of my favourite films and the oriental card design is just stunning, love your colour choice to. hugs Shirleyxx Hope you are keeping well.

ah B. great work on the theme .. love both of them.Did you see you doggie digi on my desk on post below .. linked over to your freebie .. it is die cut but not finished card yet, added a Bible verse insertion in Word on it before printing... love Shaz.x

Gorgeous cards Brenda! Love the quote on the first one! Winks ;) !! The gatefold card is so beautiful!

What a beautiful surprise when you open your second card. Lovely work.